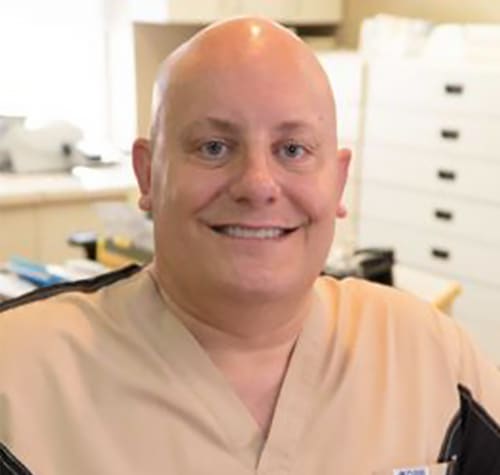 Upon returning to Canada, Doug worked in Winnipeg for the University of Manitoba in Community Dentistry providing dental care for seniors in long term care facilities, a geriatric hospital (Deer Lodge Centre), and to traveling to Inuit communities in Nunavut.   He was also involved in lecturing to dental students and conducting research on dental health issues for seniors and dental materials.  In 1995, Doug refocused his dental career by buying a general dental practice in Winnipeg.

In 2001, he moved with his family to Calgary to continue his general practice in dentistry at Tower Smiles.  Currently, Doug is licensed to practice dentistry under Alberta Dental Association and College and in New Zealand under the Dental Council of New Zealand.   In addition, he is a member of the Canadian Dental Association and the Calgary and District Dental Society.

Doug is married, with 3 children and 3 grandchildren.  In his spare time, he is involved in various artistic pursuits, jewelry making, woodworking, and gardening.   Additionally, he is also co-owner of an ethically sourced, small-batch custom design clothing and housewares company called Project 2801.

Looking for a dentist in Downtown Calgary? We're happily accepting new patients at our dental clinic! Contact us to get started today.